Speaker: Robert Poole, Professor of History at the University of Central Lancashire 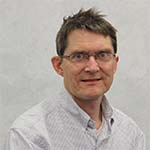 Those attending the final in the current season of Hebden Bridge Lectures will be transported back to the years immediately after the Napoleonic Wars and the Battle of Waterloo.  Robert Poole, Professor of History at the University of Central Lancashire, will be discussing both Peterloo, the shocking massacre of unarmed demonstrators in Manchester in 1819, and what came about in the years immediately after this event. The lecture is in the Waterfront Hall, Hebden Bridge Town Hall, on Sat February 22nd (doors open 7pm).

Robert Poole is the author of Peterloo: the English Uprising, published last
year to extremely good reviews.  It was Book of the Year for the magazine History Today, which described it as "the definitive account of Peterloo".

"The book's place as a key text in the history of British politics and society should be long-lasting," the magazine's reviewer added.

Poole's account reinterprets some of the history of the period in E.P.
Thompson's classic text The Making of the English Working Class, emphasizing among other things radical populism, the role of female reformers and the effects of the Napoleonic wars. In his lecture, Robert will be describing what he calls the 'aftershocks' from Peterloo in the period immediately after 1819.

The Lecture is being organised by Hebden Bridge Literary and Scientific Society, founded in 1905 and responsible in recent years for bringing eminent lecturers to the Calder Valley to share their knowledge and understanding.  Robert Poole has at short notice stepped in to undertake the lecture, following the ill health of the advertised speaker Malcolm Chase.

Barbara Atack of the Lit and Sci Society said: "What happened in the early decades of the nineteenth century directly influenced the development of democracy in Britain and the sort of society we live in today. We know that Robert's lecture will be extremely stimulating and we are very grateful to him for undertaking this lecture at very short notice."

Tickets for the lecture can be bought online at www.hblitandsci.org.uk or in person from Hebden Bridge Town Hall.  Discounted tickets are available to those under 25.

HebWeb News - Can we trust the numbers the media give us? Nov 2019

HebWeb News - How the Welfare State really came about Nov 2018