HEBVEG - Ambitious local, community-run, organic veg box scheme to launch this month. First chance to pick up your own HebVeg selection on January 15th - The aim is to produce everything in the box from within 3 miles of Hebden Bridge town centre within 3 years. Read more - 4 January

Miss Rusty: Tribunal Hearing: Saturday's Indpendent: We should hire more people like Miss Rusty, not fire them. Report of Friday's proceedings by Hetha Duffy, Calder High School parent who is attending the Tribunal and writing reports for the HebWeb. Report of Raise the Roof benefit. Read more - updated 18 Jan

Helen of Four Gates: the HebWeb talks to film-maker Nick Wilding about how this classic silent film was tracked down to once again enthrall audiences at the Hebden Bridge Picture House. Read more

PUBLIC MEETING ANNOUNCED: TO DISCUSS FUTURE OF OUR CINEMA - All who love the Hebden Bridge Picture House and care about its future are being invited to a meeting being held at Riverside School on Thursday, March 3 from 7.30pm. Read more - 9 Feb

Newly Rebuilt and Extended Skatepark Reopens - Hebden Bridge now has a skatepark that any town or city would be proud to have and it’s been achieved with the help and commitment of our young people. More info - 3 May

Craig Whittaker's expenses: our local MP claimed £29,776.94 from May to December last year, according to the Independent Parliamentary Standards Authority's figures

Over the bank holiday weekend of the 27th to 30th of May 2011, Hebden Bridge hosted its first BLUES FESTIVAL. Read more

GLYNN HUGHES: local author and poet Glyn Hughes has died. Glyn was the author of Millstone Grit and the award winning Where I used to Play on the Green, and a contributor to the HebWeb, including 11 poems - see our Features section. Add your comments on our Lives Remembered page.

'Inspirational' Teacher Steve Cann cleared - The General Teaching Council for England has confirmed that there was no case to answer. Steve was the union rep suspended from Calder High in early 2009 along with Leonora Rustamova (Miss Rusty) Read more (5 July)

STOP! DON'T READ THIS - the story. Miss Rusty's book is finally published for all to read, and includes her account of being sacked from Calder High along with ideas for working with disaffected teenagers. Read HebWeb review

Hebden Bridge and the HebWeb feature in the Guardian's Northerner blog by Berringden Brow's Jill Robinson: "You can celebrate the Queen's Diamond Jubilee if you want to, but Hebden Bridge Town Council isn't joining in." (20 Aug)

Up the Buttress - by bike! More photos Timed hill climb from the the centre of Hebden Bridge up the cobbled Buttress (it's a one in three gradient in places) towards Heptonstall. More info. 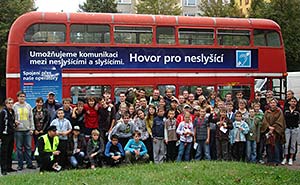 Ian Coates - latest, wending his way back to Hebden Bridge after 12 years riding round the world on his Honda - update from the Czech Republic - See HebWeb Feature. (31 Oct)

MISS RUSTY WINS COURT RULING. Case now returns to Employment Tribunal. Read report of the hearing. Employment Appeal Tribunal agreed with Ms Rustamova's counsel that the Tribunal had not given sufficient reasons for their decision that her dismissal was fair.

Calder High Parents threaten exam boycott, at heated meeting with school governors over early GCSEs. Calls were made for the school Head and management to meet with parents. Read more

Christmas Eve Carols in the Square. Hundreds braved the pouring rain this Christmas Eve for the annual singsong in the square, accompanied by the Junior Band and overseen by Rev Tony Buglass.